As 2019 comes to a close, we arrive at the end of NASCSP’s 40th anniversary year. We would like to take some time this holiday season to reflect on the past year and all that we have accomplished together. First, where has NASCSP been? Next, what were some of the most important achievements of the year? Check out the map and timeline below to look back on a busy 2019 in the CSBG and WAP networks!

In 2019, NASCSP conducted trainings in 24 states across the country! In addition to meeting the training and technical needs of our members, NASCSP hosted two conferences and presented at the conferences and events of our national partners, as well as other forums such as RPIC regional meetings and ROMA in-services. In addition to onsite TTA, NASCSP offers technical assistance and support to all states and U.S. Territories via webinars, video conferencing, etc.

Do you need training or technical assistance in your state? Fill out our T/TA request form to get the process started and NASCSP will develop customized training to meet your needs! 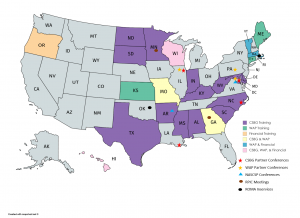 NASCSP presented in a briefing entitled “The Multiple Benefits of Federal Housing and Energy Programs”, which was focused on federal programs that reduce housing and energy cost burdens for people in need. NASCSP presented about the Department of Energy’s Weatherization Assistance Program (WAP). The target audience was Congressional staffers, and in particular the staff of newly elected members of Congress. NASCSP presented alongside our national partner the National Energy and Utility Affordability Coalition (NEUAC), and one of our state members, the Washington State Department of Commerce. NEUAC discussed the importance of the Low-Income Home Energy Assistance Program (LIHEAP) while WA Commerce outlined connections between WAP and the State Energy Program (SEP), as well as Washington’s Weatherization Plus Health program. This briefing was sponsored by Energy Efficiency for All (EEFA), the Environmental and Energy Study Institute (EESI), and the Office of Congressman Paul Tonko (D-NY). View a recording and materials from the briefing here. 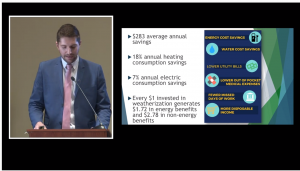 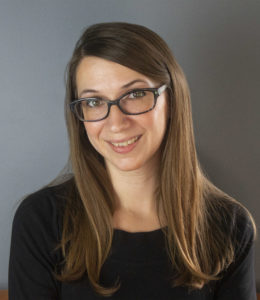 Also in January, NASCSP welcomed Maribeth Schneber-Rhemrev to the team! Maribeth brought with her over 9 years of CSBG experience at both the State Office and local Community Action Agency level in Kentucky. Maribeth is a Certified Community Action Professional, certified Results Oriented Management and Accountability Trainer, certified Project Management Professional, and holds a Master of Public Administration with a specialization in law and public policy. 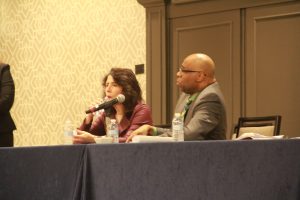 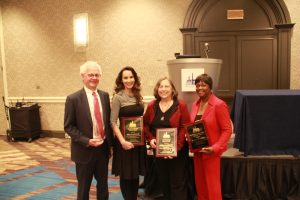 During the conference week, NASCSP WAP Director Amy Klusmeier testified before the House Energy and Water Appropriations Subcommittee, alongside NASCSP Member Michael Furze of the Washington WAP, Terry Jacobs of the Great Lakes Community Action Partnership in Ohio, and AnnaMaria Garcia of the Department of Energy Office of Weatherization and Intergovernmental programs. These witnesses were invited by Chairwoman Marcy Kaptur (D-OH) to highlight the critical importance of funding for the Weatherization Assistance Program (WAP). 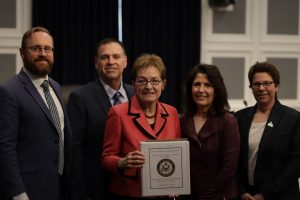 The Office of Community Services (OCS) gave States the extended deadline of April 30th to submit the first full version of the CSBG Annual Report.  NASCSP worked diligently to support States, holding webinars to prepare states for submissions and assisting states with SmartForms and statewide databases. NASCSP also released and promoted several tools and resources including a list of Other NPIs, the CSBG Lexicon, a dictionary for terms used in relation to CSBG and the Annual Report, as well as updates to the Instruction Manuals for Module 2, Module 3, Module 4,  and the Module 3 Review Checklist. 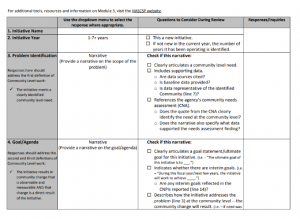 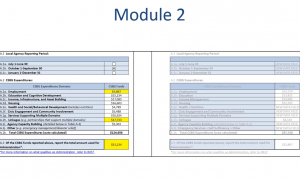 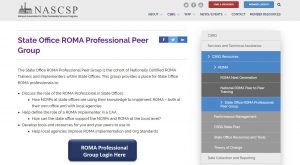 In the first week of April, both House and Senate versions of a new WAP reauthorization bill were introduced in Congress. The House bill was introduced by Representatives Paul Tonko (D-NY), Marcy Kaptur (D-OH), and Bobby Rush (D-IL), while the Senate bill was introduced by Senators Chris Coons (D-DE), Susan Collins (R-ME), Jeanne Shaheen (D-NH), and Jack Reed (D-RI). NASCSP worked over the course of several years to represent the State WAP voice during deliberations on this bill. You can read a fact sheet about the bill here and our statement on the bill here. 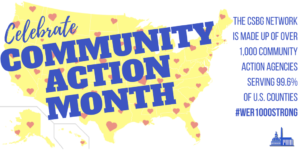 NASCSP worked with national partners CAP and CAPLAW to present a webinar and create resources to assist State CSBG and WAP offices with commenting on a proposed rule from the Trump Administration. The proposed rule sought to change the way the federal government calculates the Official Poverty Measure (OPM). NASCSP submitted its own comments and created a template for states as well as a template letter to state leadership. View those resources here. 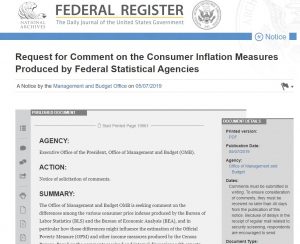 NASCSP and Energy OutWest, in cooperation with the Office of Congresswoman Marcy Kaptur, hosted a Weatherization Expo on Capitol Hill. This open house reception highlighted the WAP and gave members of Congress and their staffers the opportunity to meet the professionals who manage WAP programs and who train the crews that deliver weatherization services. There were many demonstrations of weatherization technology and stations where attendees learned about the various benefits of WAP, including energy savings, health & safety, and leveraging partnerships. The event had over 55 attendees with three members of Congress also stopping by: Representative Marcy Kaptur (D-OH), Representative Paul Tonko (D-NY), and Representative Morgan Griffith (R-VA). 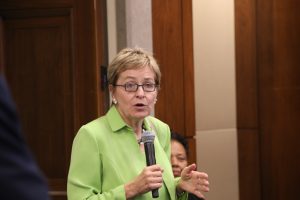 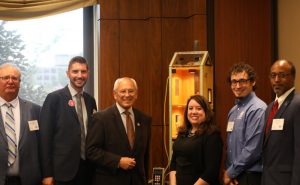 The CSBG DATA Task Force held their third in-person meeting in Washington D.C. on July 31st and August 1st, 2019. Members from local agencies, state offices, and state associations met to discuss the technical assistance needs of the network pertaining to the CSBG Annual Report. The DATA TF discussed topics ranging from the first full submission of the new CSBG Annual Report back in April to the upcoming OMB Clearance processes. Read a full recap of the meeting here. 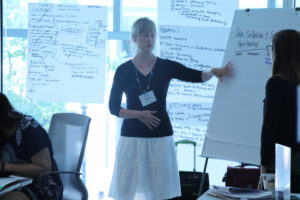 CSBG and WAP professionals gathered for 5 days of training in our wonderful host city of Little Rock, Arkansas. Additionally, State Monitor’s training was offered as a pre-conference option.  Session topics included the CSBG Annual Report, supporting CAA’s in crisis, integrating WAP and LIHEAP, rooftop solar, and more. The conference also included a dedicated training for the WAP Island Grantees, providing a specialized agenda and commemorating 10 years of service by the WAP Island Grantees. The 2020 Annual Conference will be in Grand Rapids, MI in September. 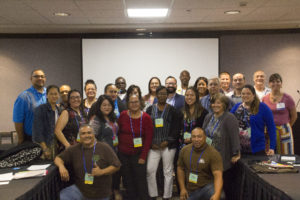 October 30th marked National Weatherization Day! Governor’s Proclamations were issued in 10 states; events and other activities held in 32 states. Additionally, NASCSP staff attended events in 4 states and D.C., including a site visit from Department of Energy Assistant Secretary Daniel Simmons in Wisconsin and a visit by Congressman Mike Simpson (R-ID) in Idaho. Check out our recap of Weatherization Day here or browse the hashtag #WxDayOct30 on Twitter to see photos and information from events around the country. 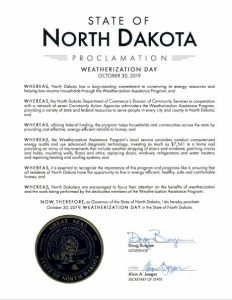 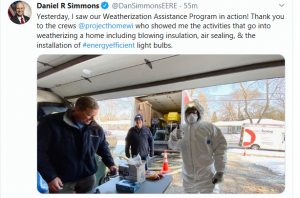 Congress provided an addition $25 million in supplemental funds to the CSBG program in order to address the consequences of Hurricanes Florence and Michael, Typhoon Mangkhut, Super Typhoon Yutu, and wildfires and earthquakes occurring in calendar year 2018, and tornadoes and floods occurring in calendar year 2019. In November, the Office of Community Services released OCS CSBG Communication: CSBG IM #156 CSBG Disaster Relief Supplemental Funds. This information memorandum outlined the Community Services Block Grant (CSBG) Disaster Relief Supplemental Funds and provides guidance on eligibility, distribution, allowable activities, reporting requirements, and more. NASCSP has been working with States impacted by natural disasters to apply for these funds before the deadline in mid-December. 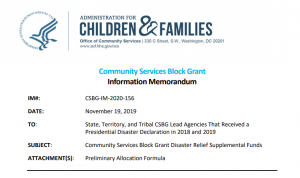 Registration for the 2020 NASCSP Winter Conference went live! Visit our conference website to register, make hotel reservations, view agendas, and more! The NASCSP team is excited to host you in Arlington, Virginia the week of February 24th! 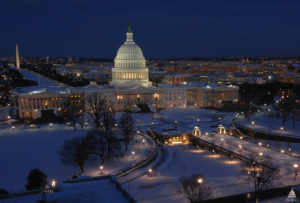 Farewell but not Goodbye!

NASCSP said farewell to two staff members in 2019, Pamela Harrison and Dakota Hayes! We want to thank them both for their dedicated contributions to NASCSP and for helping us accomplish so much in 2019! 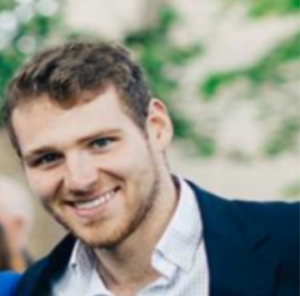 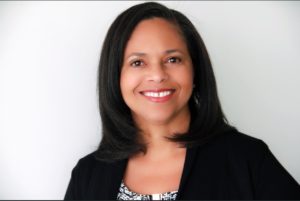