Families served by CSBG have the ability to report all sources of income, not just the primary source to CAAs. It is critical to note that 14.5 percent of the families who reported income to CAAs, approximately 629,669 of those families, reported zero income in FFY 2017. This is an increase of nearly 13,000 families reporting no income from FFY 2016. While most families report having a source of income, this increase in families with no income underscores the ups and downs that families with low incomes face in making ends meet. Low-income households experience significantly greater instability in their monthly incomes than high-income households. Income can come from a combination of wages, government assistance, social security, pension, and other types of resources. The following statistics outline key income trends of families in the CSBG Network who reported one or more sources of income: 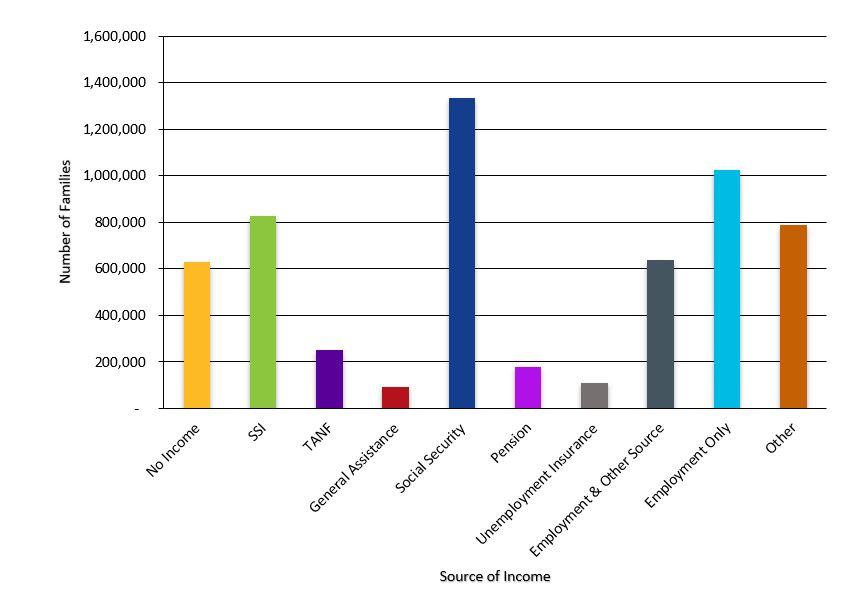 In Fiscal Year 2017, $647 million in CSBG funds were expended in all 52 states (includes the District of Columbia and Puerto Rico). Section E of the 2017 CSBG IS helps to show how that sum was distributed across the ten service categories. The following amounts were expended in each of the ten categories: 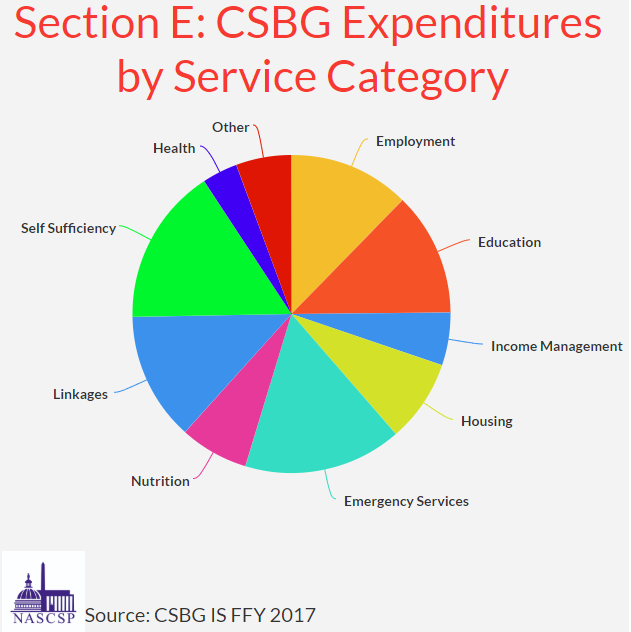