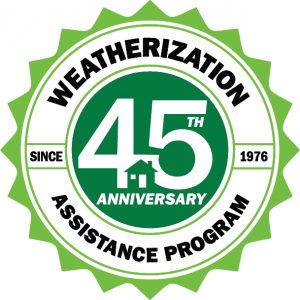 The Weatherization Assistance Program helps low-income families, seniors, individuals with disabilities, families with children, and households with high-energy burdens improve the energy efficiency of their homes. To date, more than 7.4 million low-income residences have been weatherized, reducing energy bills by $250 – $450 annually. The weatherization services also play an important role in improving the health and safety of low-income families. Residents of weatherized units report fewer colds and headaches, fewer hospitalizations, days of school or work missed, and fewer doctor visits. When factoring in energy efficiency and health and safety benefits, every dollar invested in the WAP returns $4.10 for our most vulnerable citizens.

Check out the recording below to hear from Energy Secretary Granholm, members of Congress, WAP leadership from the Department of Energy, state and local weatherization professionals, demonstrations from training centers, client success stories, and more!

Weatherization Day Was Celebrated Around the Country!

Here are some of the highlights…

Illinois – CEDA in the Chicagoland area hosted a weatherization day event including a demonstration and tour. The event showcased CEDA’s Weatherization Training Center with its state-of-of-the-art weatherization technology.

Kansas – South Central Kansas Economic Development District (SCKEDD) worked with Kansas Gas Services, a gas utility, provided DIY weatherization kits that are available to residents of Reno County. No income eligibility for the kits, but Weatherization applications and information will be available to promote Weatherization Services.

Minnesota – Laura Milbrandt from Prairie Five and Scott Zahorik from AEOA were interviewed on the Public News Service radio show on the 29th of October.  Scott and Laura publicized the good work done by the WAP network, the benefits of the Weatherization Assistance Program, and the increased funding in the program to help more low-income Minnesotans.  Take a moment to listen to the story at the link above. Minnesota Governor Tim Walz also declared October 30th Weatherization Day.

Missouri – The Northeast Community Action Corporation (NECAC) based in Bowling Green, MO hosted Weatherization Day activities that were written up in the Saint Louis Post-Dispatch.

New Mexico – Elected officials including Lt. Governor Howie Morales, Silver City Mayor Ken Ladner, Sen. Siah Correa-Hemphill and Rep. Luis Terrazas highlighted the Weatherization Assistance Program by visiting a local woman who received weatherization. New Mexico Mortgage Finance Authority Executive Director Izzy Hernandez said “Last year, we assisted 18,000 people through more than 200 partners. This program saves money and helps with health and safety issues for the homeowner. Most are saving an average of 27 percent on their utility costs, but this one will save 75 percent. We weatherize 600-700 homes a year. We have about 3,000 on the wait list, but we estimate there are more than 200,000 that we could help.”

North Dakota – The Community Acton Partnership of North Dakota hosted a Weatherization Open House on October 26th in Fargo, ND. There was program information, a demonstration, and tools of the trade on display.

Oregon – Mid-Willamette Valley Community Action Agency posted numerous social media posts on various topics including how to sign up and associated savings, health benefits and cooling tips. Posts were made between 10/21 and 10/28.

Texas – Panhandle Community Services celebrated Weatherization Day with an onsite event on October 8th, it was open to the public and offered energy saving tips. Local utility companies were in attendance and goodies including food and coloring books were handed out. The event was noted in local news outlets and also served as a hiring event.

Virginia – The Virginia Department of Housing and Community Development shared social media posts on Twitter and Facebook including client success stories and the benefits of the Weatherization Assistance Program. Governor Ralph Northam issued a Weatherization Day Proclamation as well.

Wisconsin – Couleecap Inc. celebrated Weatherization Day with the dedication of a solar array and weatherization demonstrations. The new solar array will save Couleecap thousands of dollars a year and promote sustainability in their community.