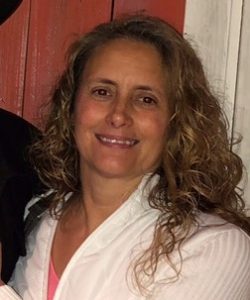 Colleen Hutson began her career in weatherization just a month after the American Recovery and Reinvestment Act became law. Like many weatherization offices at that time, Colleen’s was a flurry of activity in her first months. Moving from the local level, she now contracts with the state for program and technical monitoring. Despite the change of position, her commitment to weatherization and its mission has not faltered.

In March 2009, Colleen joined her Community Action Agency (CAA) as an office administrator. In less than six months her manager departed, and she became the new weatherization manager for three counties. This number would soon rise to six counties as production sped up and Colleen’s work expanded to include managing 20-30 weatherization projects at one time. Managing the scheduling, equipment orders, and financial affairs of her CAA’s weatherization program, she had to learn quickly on the job.

By the time Colleen left her CAA in 2017, it covered weatherization for seven counties, more than double when she started. During her last month as a weatherization manager, she was offered a State monitoring position in Indianapolis. Rather than moving cities, Colleen became a monitoring contractor for Indiana. “Now instead of managing jobs from beginning to end,” she said. “I come in after jobs have started and monitor them from there.” Colleen recently began doing programmatic consulting with subgrantees in the state of Michigan as well, ensuring that the state’s weatherization agencies are meeting guidelines and compliance requirements.

In her current position, Colleen has continued to learn and to connect with WAP’s mission. “I keep up with my BPI, QCI, and energy auditor certifications,” she said. “And Indiana has OSHA and lead-risk accessor trainings too.” These trainings help Colleen better serve weatherization clients and the State through her monitoring. “Being in the clients’ homes and seeing you are meeting a need was one of my favorite parts of it,” she said. “Especially older widows or widowers who were interested in learning about the installed measures, some of whom had to choose between paying for energy and their medications.”

Colleen highlighted the importance of training in addressing weatherization workforce development. We need to start a small apprentice program to get people in and trained up,” she said. “We need to start now as it is a huge issue and will only get worse without action.” She highlighted Indiana’s training center and the benefits of its free trainings but stressed that the biggest barrier is awareness of the opportunity. “Contractors could share training cost with sub-grantees, allowing apprentices to train under them onsite.”

From her busy start at the local level during the weatherization stimulus to her monitoring and compliance contracting with States today, Colleen has always valued training and learning as ways to improve services to clients. Similar to her start under the ARRA stimulus, the WAP may soon be the recipient of another infrastructure stimulus where workforce development will be critical. Colleen is confident in the WAP’s future and that right now is a great opportunity to build a durable workforce.