The 2020 Census may seem far off, but planning is already well underway to ensure a complete and accurate count of America’s communities. So much relies on that accurate count of our country—distribution of more than $675 billion (yes, that’s BILLION, with a B) in federal funds; legislative district lines; identifying areas eligible for housing assistance and rehabilitation loans; Emergency response planning; development of anti-poverty programs and their associated funding levels; and designing facilities for people with disabilities, people who are elderly, and children, just to name a few. In essence, the Census serves as the foundation from which the government… well, governs. 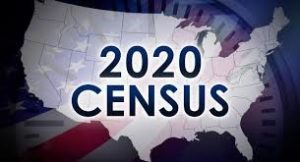 States and localities around the country are forming Complete Count Committees (CCCs) to increase awareness of and to support residents to respond to the 2020 Census.  CCCs are instrumental in planning for and supporting participation for hard-to-count (HTC) populations which include households with low-incomes, renters, rural populations, single-parent headed households, and ethnic or minority populations.

There is certainly an intersection between these hard-to-count populations and the population our network serves with CSBG and WAP. Our network relies on accurate portrayals of our local communities to develop funding allocations for local entities, conduct needs assessments, and ultimately create programs that meet the local needs to strengthen communities and move people towards self-sufficiency. Our network state offices have unique insight into challenges these populations face with participating in the Census and possess valuable resources to help plan for and support these residents to stand up and be counted. State CSBG and WAP offices can help by joining your state CCC, creating a CCC, and/or supporting your local eligible entities to participate in CCCs.

State offices can learn more about CCCs, including who to contact to get one started in your own state or community by reviewing the 2020 Census Complete Count Committee Guide. You can also check out who is hard to count in your state at the Hard to Count 2020 map.

Are you already involved in your state’s CCC or other census work? Let NASCSP know about it! Contact Maribeth!