Juneteenth: A Holiday and Call to Action for Racial Justice 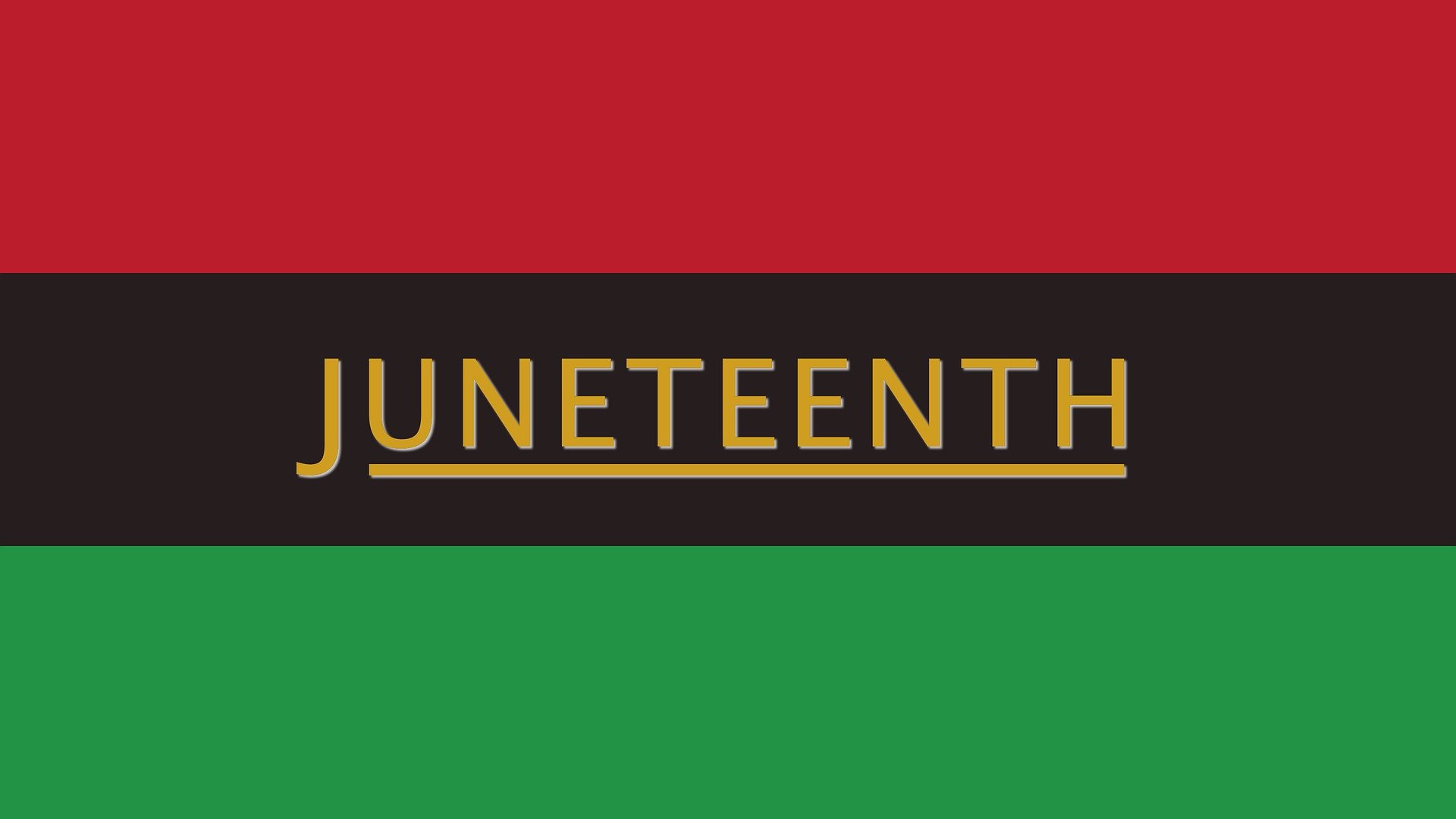 The Emancipation Proclamation was signed on January 1, 1863, and the Civil War ended on April 9, 1865, but it is June 19, 1865, and every anniversary since, that have come to commemorate the dismantling of the institution of slavery in United States. Enslaved Black Americans in Galveston, Texas were informed of the end of the Civil War and took their freedom on June 19th, 1865, setting off celebrations that would eventually become Juneteenth. A day of family, food, and festivities, the holiday is officially recognized by 47 states and the District of Columbia. In addition to community celebrations, Juneteenth 2020 was also a day of action to address contemporary racism, occurring less than a month after the murder of George Floyd. Juneteenth 2021 will still be a day of festivities and community, but it cannot solely celebrate freedom until that freedom is experienced equally by all people.

Whether in the fight against slavery of the 1860s, the fight for civil rights of the 1960s, and the fight for racial justice of today, inaction or silence in the face of injustice makes one an enemy of progress. Last year’s uprisings for racial justice prompted many people and organizations to take decisive action. To acknowledge the importance of the day and its continued legacy in the fight for racial justice, NASCSP is recognizing Juneteenth and closing our offices on Friday, June 18. We hope our staff, partners, and members take the opportunity this weekend to join in celebrations and actions to recognize our country’s past and improve its future. NASCSP created a Racial Equity Working Group in early 2021 with the mission of increasing understanding of racism in our work, training and empowering members to recognize and dismantle racism, and building a network that is equitable and inclusive in practice and policy. The working group meets monthly to create trainings, hold conversations, and share resources like the State Priorities Partnership’s Racial Equity Media Library.

Early celebration of Juneteenth declined due to silence about its history, and they rose again during the 1960s due to conversations about and calls for social, economic, and legal equality for Black Americans. These calls and conversations are as critical today as they were then, and to accomplish just goals there must be no return to unjust silence. This requires a frank conversation about how racial inequality touches our country, our institutions, and our individual lives. The Racial Equity Working Group continues to foster these conversations, specifically as they related to the programs we administer.

The established purpose of the Weatherization Assistance Program is to “increase the energy efficiency of dwellings owned or occupied by low-income persons, reduce their total residential energy expenditures, and improve their health and safety…” The authorizing statute does not mention race, yet the program has racial equity at its core. According to the Bureau of Labor Statistics, the Black unemployment rate is generally four percent higher than white unemployment and Black workers are paid 21% less on average. The term “redlining” describes the federal, state, and local housing practices that barred Black Americans from accessing mortgages, reducing Black homeownership and increasing segregation. As a result, Black Americans today have a lower rate of homeownership and are more likely to reside in low quality housing that contains lead or other safety hazards. These two systemic inequalities, poverty and housing segregation, mean that Black Americans today are disproportionately likely to qualify for low-income weatherization and to live in homes that are inefficient or unsafe. Weatherization’s purpose is energy efficiency for low-income homes, but when one’s race affects their income and the efficiency and safety of their home, this purpose extends to racial equity.

The Economic Opportunity Act, which established programs that would eventually become the Community Services Block Grant, was signed into law one month after the Civil Rights Act of 1964. Describing these bills, President Johnson said they “demand an end to poverty and racial injustice, to which we are totally committed in our time, but that is just the beginning.” Antipoverty programs like those established during the New Deal existed before passage of the EOA, but Black Americans were often barred from accessing them. Four in ten Black Americans lived in poverty at the time, more than twice the rate for whites, and lack of access to public assistance was one major cause. Connecting civil rights and economic rights as President Johnson did was a major step in embedding racial justice within the national human services infrastructure. We must continue to recognize that while racial inequalities in education and health persist, efforts like CSBG to improve access to education and health are racial justice programs.

The CSBG Act that established the modern structure of the community action network was passed in the early 1980s, and like many anti-poverty programs, CSBG established new policies and accountability measures. At the same time, a new language for discussing poverty arose that would erode the connection between public assistance and racial justice. Narratives about welfare queens, deadbeat dads, and Chicago food stamps paying for steak dinners rose in popularity, undermining public support for antipoverty measures. The implicit goal of many of these narratives was to communicate a singular and racist idea: Taxpayer dollars were being wasted on poor Black Americans who were uninterested in escaping poverty. Just as we cannot be silent in the face of racialized violence like the murder of George Floyd, we cannot be silent in the face of racialized attacks like these on efforts to address economic inequality.

Juneteenth celebrations have the dual role of celebrating the work of Black Americans in making the United States a more free and just country, as well as recognizing how much work remains in expanding freedom to all, like protecting the right to vote. The founding documents of the United States extoll the dream of democracy, but it was the tireless effort of Black Americans and their supporters that actually made that dream a reality for most people. According to the National Archives, the Voting Rights Act of 1965 expanded access until the case Shelby County v. Holder (2013), “which ruled part of the Voting Rights Act unconstitutional and made racial discrimination in voting easier.” We cannot achieve a fully democratic society while one’s skin color or zip code determine their access to the vote.

The racial justice movement includes growing calls for reform in the criminal legal system, where Black Americans still serve longer sentences than whites for the same crime. As the senseless murder of George Floyd showed in 2020, Black Americans and especially Black men are subject to disproportionate violence from the police. A Harvard study showed Black Americans are three times as likely to be killed by the police during an encounter compared to whites, robbing thousands of their lives and many more of their sense of safety and comfort in public spaces. Juneteenth is often celebrated in backyard or community cookouts, but the dream of freedom it represents cannot be realized while people fear violence while standing on their own lawn.