CSBG Data Corner: Have We Recovered?

The American Recovery and Reinvestment Act of 2009 (Recovery Act) infused billions of dollars into hundreds of federal programs to create jobs and stimulate the economy. The Community Services Block Grant (CSBG), which received Recovery Act funding, allows states to strategically target the root causes of poverty on a local level. The CSBG Network received $1 billion supplementary CSBG dollars through the Recovery Act. Of this, $985 million went to states, territories, and tribes – 160% more additional funds than allocated in regular FY 2008 CSBG funds – and was infused into communities nationwide to meet local needs.

CSBG Recovery Act funds, which were available to the CSBG Network for a limited amount of time, demonstrated that there was unmet need across the country. More low-income people were served during FY 2009 and FY 2010 than ever before. Now as funding drops back down dramatically, in contrast to continued need among low-income people, the CSBG Network will be trying to do more with much less.

CSBG Recovery Act funds were available from April 2009 through September 2010, and were expended by the CSBG Network in FYs 2009 and 2010. From FY 2008 to FY 2009, 4.3 million more people were served, an increase of 26%. In FY 2010, preliminary data show a total of over 23 million people served, an increase of more than 40% over the pre-Recovery Act year of FY 2008. CSBG funds have resulted in innovative programs that address the core causes of poverty such as lack of affordable housing, inadequate access to health care, and too few job opportunities. CSBG has helped Americans obtain employment; increase their education and skills; access critical early childhood programs; and maintain their independence. Returning to Pre-Recovery Act funding, as many as 7 million people may not be able to receive these critical services.

Trends in the Number of Individuals Served by the CSBG Network 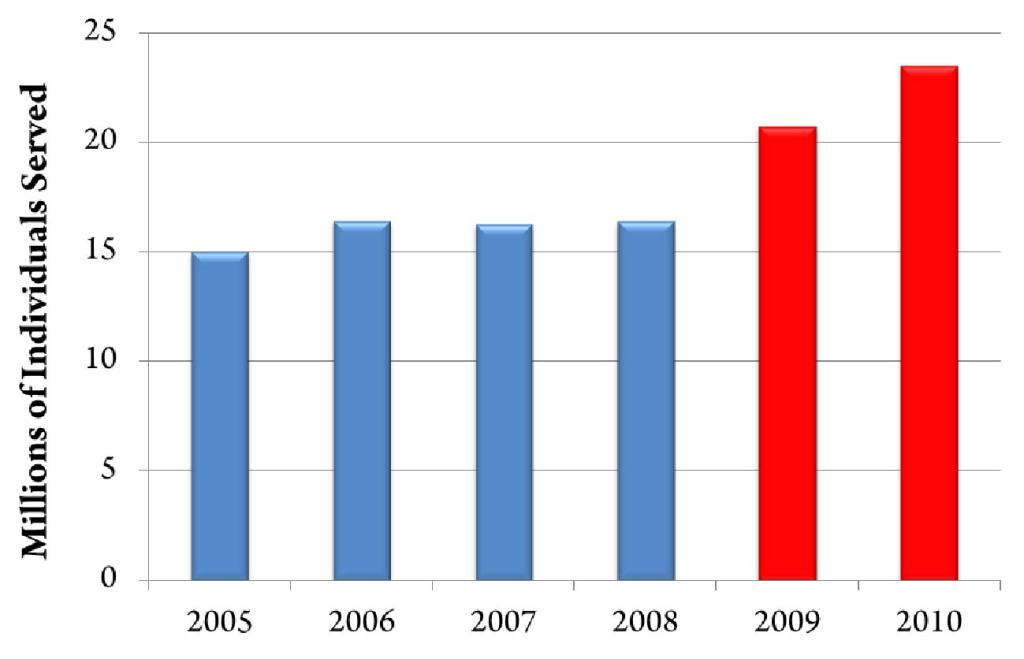 One of the many outcomes of the additional Recovery Act funds was the ability of the CSBG Network to help more unemployed people obtain a job. In FY 2010, preliminary data show a total increase of 45% over the pre-Recovery Act year of FY 2008. Approximately 50,000 low-income people might not find employment if the CSBG Network loses its ability to help them due to the loss of CSBG Recovery Act funds.Preliminary data for FY 2010 show even more substantial impact in other employment-related indicators. For example, the number of people who achieved “living wage” employment as a result of CSBG Network involvement increased from nearly 32,000 in FY 2008 to more than 61,000 in FY 2010 – a 93% increase. 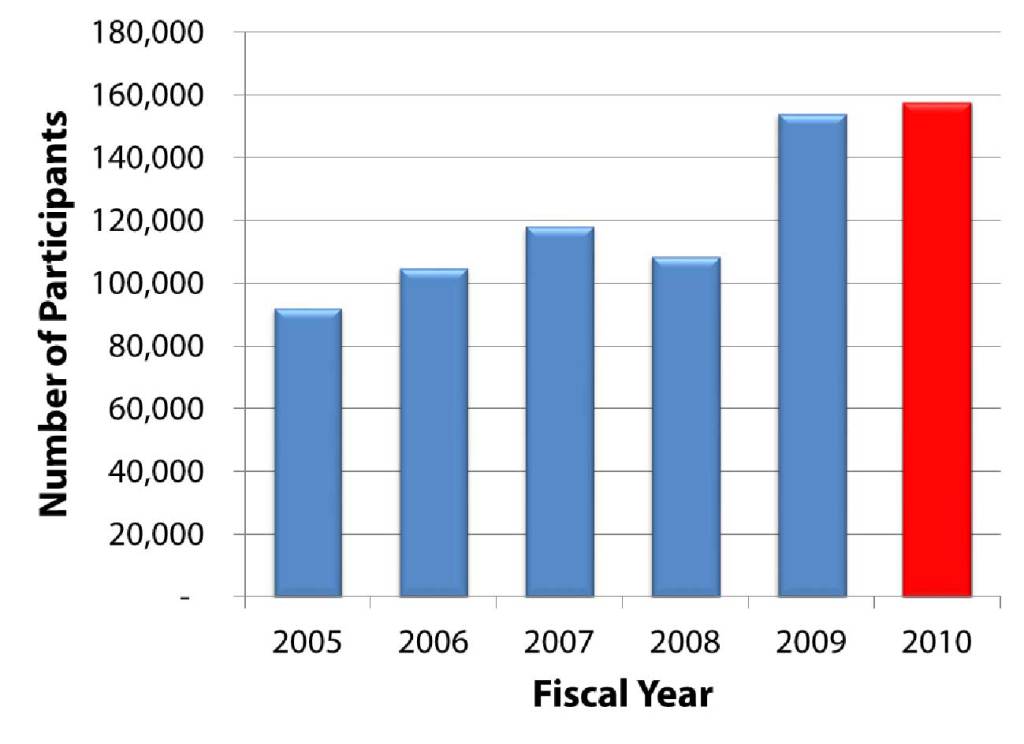 Aside from direct employment, education is another major factor in becoming economically secure. The CSBG Network has always been instrumental in helping low-income people obtain college degrees. During the Recovery Act years, the number of people completing college as a result of CSBG Network assistance increased 170%. This assistance is especially crucial at a time when 40% of undergraduate students have total family incomes below 200% of the Federal Poverty Guideline (FPG), according to the Institute for Women’s Policy Research. The loss of CSBG Recovery Act funds will translate into fewer people completing post-secondary education. The reality could be 14,000 fewer people obtaining a degree, if levels drop back to pre-Recovery Act numbers.

Although CSBG Recovery Act funds have been obligated successfully, and CSBG allocation amounts have dipped back down to pre-Recovery Act levels, the demand still exists. The Administration’s proposal to reduce FY2012 CSBG funding from $700 million down to $350 million, resulting in reduced services and shuttered Community Action Agencies across the country, would increase the strain between need and available services even further. Thus, without increased investment in CSBG, there will be unmet need nationwide for services that help low-income people become more economically secure.