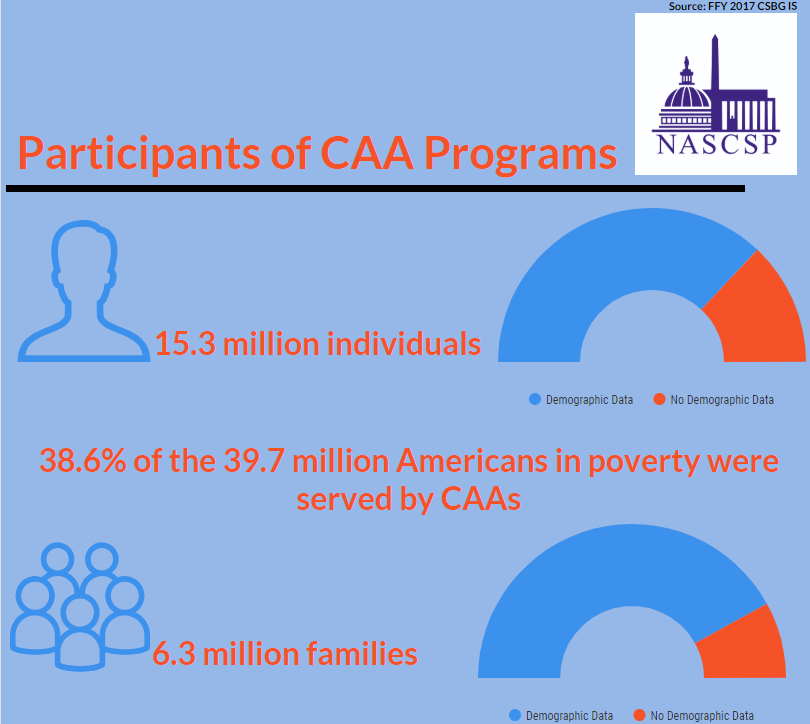 In FFY 2017, CAAs in every state reported information about the participants in their programs and projects. Over 15.3 million individuals and 6.3 million families, participated in CAA programs. The CSBG IS Survey captured various demographic data for 74 percent of individuals and 84 percent of the families of this population. Individuals and families aided by CAAs face poverty and economic insecurity in varying degrees. The 15.3 million individuals served by CAAs represent nearly 38.6 percent of the 39.7 million Americans in poverty according to the most recent Census data. In the upcoming weeks, the Data Corner will be going further in depth into the specific demographics of participants of CAA programs.
As shown in the graph below, of the over 41 percent of participating families whose immediate families included children: 34.8 percent had both parents present, 59.7 percent were headed by a single mother, 6 percent were headed by a single father. 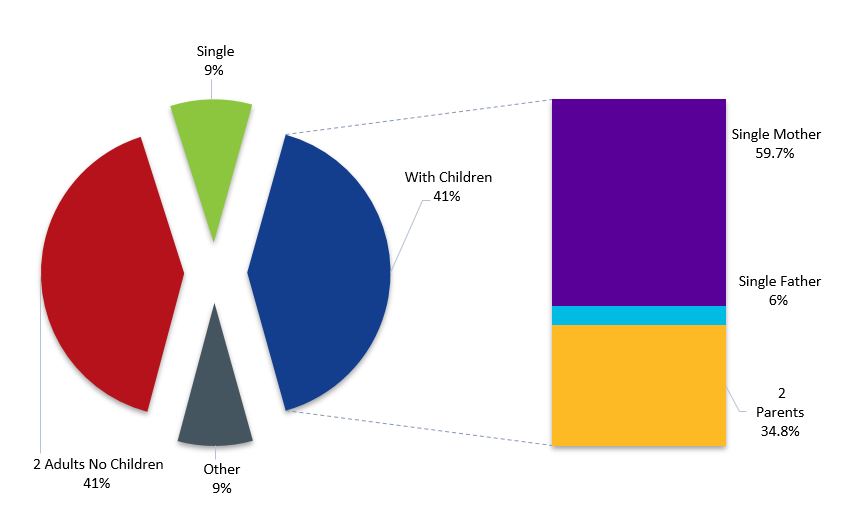 CAAs served over 1.7 million two-person and three-person families and over 46,000 families with 8 or more members. The average family size of the participants who were surveyed was 2.4 members per family.

CAA program participants are ethnically diverse. Of the 15.3 million individuals served, over 9.9 million reported their race or ethnicity data to Community Action Agencies. Ethnicity data also indicated that 20 percent self-identified themselves as Hispanic or Latino. It is important to note that Hispanic or Latino is an ethnic identity, and may include individuals who identify as White, African-American, multi-racial, or other. Given the racial diversity present in this ethnic group, these responses are not aggregated with racial data below. The following racial breakdown reflects participants’ voluntarily-provided responses: 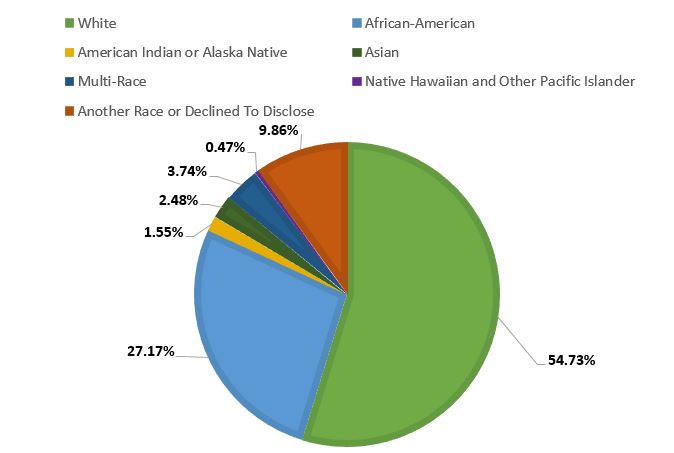