While attending NASCSP’s Annual Conference in Bellevue, Washington in September, I had the opportunity to visit two great Community Action Agencies across Lake Washington in Seattle:  El Centro de la Raza and Byrd Barr Place. These two organizations are truly innovative and are a testament to how CSBG tackles poverty in America. They serve as leaders in their communities and provide comprehensive, bundled services tailored to the unique needs of the communities they serve. Below, I write about some takeaways I had from my time visiting these organizations. 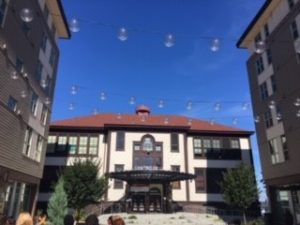 El Centro de la Raza, or simply, El Centro, was founded by Roberto Maestas in 1972 as an organization serving the needs of the Latino community, but soon came to serve all vulnerable members of the community. El Centro prides itself as a beacon of hope in the community as well as a safe place where those in need can attain personal development without fear or judgement. While touring the facilities, Executive Director Estela Ortega said that El Centro, “looks for daily ways on how to build racial unity…so that we may walk-the-walk”. This simple statement truly did speak to the mission of El Centro: “…build unity across all racial and economic sectors, to organize, empower, and defend our most vulnerable and marginalized populations and to bring justice, dignity, equality, and freedom to all the peoples of the world.”

It was not hard to see the parallels between their mission and the purpose of the CSBG network in addressing the needs of vulnerable communities within employment, health, education, housing, and more. This mission could be seen in action everywhere I went on their campus, from affordable housing, financial and educational services for adults and children, including early-education, cultural and artistic opportunities, and small business opportunities for local communities. El Centro was far from one-dimensional and it appeared that wherever there was a need in the community, El Centro worked to meet that need.

It was also evident to me that El Centro is a leader for the 2-Generation Approach to combating poverty. El Centro provides a web of comprehensive services designed to lift-up entire families. Programs on the campus serve around 16,000 people through over 40 different programs. These programs have allowed adults and parents to access education, ensure housing stability, develop emergency planning, engage in job training and more, which in turn, provides a more secure and stable environment for children to explore and grow themselves.  Additionally, El Centro provides educational services to more than 300 children through pre-school and after school programs and boasts a teacher to student ratio of 1 to 7. In addition to a traditional school’s curriculum, children are exposed to social justice awareness, racial unity, and both Spanish and Mandarin language classes.

Finally, El Centro is a major voice in the local community, local government, and local economy. Businesses on the El Centro campus, called micro-businesses, are small shops run by members of the community. As our group walked across the beautiful square between the buildings, lined with local art and mosaics, we saw firsthand how these micro-businesses helped to create a vibrant local economy. “There will never be a Starbucks at El Centro” I remember Ms. Ortega telling our group, noting how promoting the micro-businesses builds wealth in the local community and reduces income disparities. Additionally, El Centro hosts cultural events in the middle of their square for the community to learn more about local cultures including art exhibits, outdoor movies, and concerts. Not only is El Centro a staple in the marginalized communities that it is charged with serving, but it’s a staple for the community-at-large. It brings everyone together to share its space and rich cultural experiences. 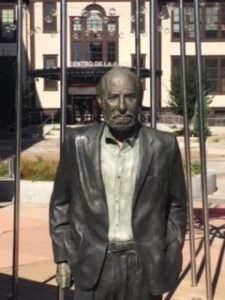 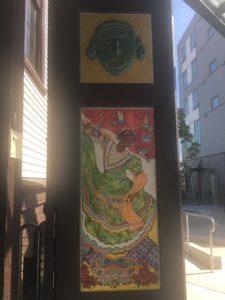 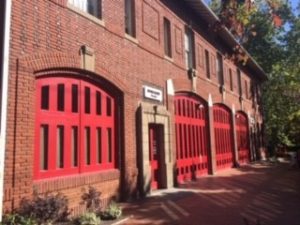 The next stop on our visit was Byrd Barr Place. Byrd Barr Place was founded 54 years ago as the Central Area Motivation Program (CAMP) and has been a part of the Washington Community Action network since 1979. Byrd Barr Place prides itself on its work within the community, providing services such as energy assistance, housing assistance, community engagement, personal finance and financial education, and maintaining a food bank for the community. According to Byrd Barr Place, the largest communities in need that they service consist of 43% African-American and 29% Asian. To meet the needs of this specific community, Byrd Barr has forged strong partnerships with churches and other community groups specifically serving the African American and Asian communities in Seattle

About 83% of Byrd Barr Place’s funding comes from public sources like CSBG; which is used to run a robust suite of programs serving those living in poverty. Additional private funding is used to target specific programs in the African American community. Byrd Barr Place noted that that African Americans in Seattle have statistically less economic mobility than many populations in across the city. Additionally, Byrd Barr cited extensive and collaborative research which showed that African Americans in the community lacked sufficient access to healthcare, educational opportunities, and work stability.

One Byrd Barr program that we learned about was their housing assistance services. The community surrounding Byrd Barr is made up of mostly low-income renters and lacks affordable housing options. Byrd Barr’s program helps families with about $160,000 a year in eviction prevention. Byrd Barr Place chooses to focus more on these eviction prevention programs rather than re-housing as they said that, “It costs a lot less in keeping people in their homes than trying to re-house them.”  This approach exemplifies the Community Action network’s drive to help prevent people from experiencing the worst kinds of hardships before they even happen.  Rather than simply reacting to the conditions of poverty, Byrd Barr works to proactively empower community members.

A re-occurring message that came from Byrd Barr Place was that they wanted to be a “tide to raise all boats”. To accomplish this goal, Byrd Barr Place works in cooperation and collaboration with El Centro de la Raza, as well as other local organizations such as the NAACP, Black Lives Movement, and the Urban League. A great example of this was the Voices Rising campaign in 2017 which brought many different agencies and organizations together to share stories and pool resources in an effort to utilize the strength of all involved to increase economic security and mobility in the African American community. Additionally, by working with local colleges, Byrd Barr Place is working towards a “pipeline to college” as a means to dismantle the “pipeline to prison” system. Byrd Barr Place has not let this remain a Seattle-centric initiative, however. They have built a Community of Practice across the Pacific-Northwest and Mid-West by working with the cities of Seattle, Tacoma, Portland, Des Moines and The Twin Cities. Byrd Barr highlights how Community Action Agencies are on the front line of the fight against poverty. 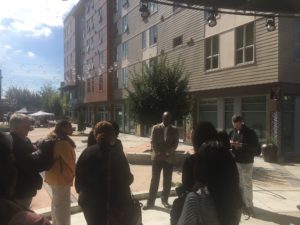