Celebrating the 40th Anniversary of NASCSP: A Message from the Executive Director 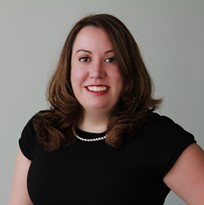 Did you know that anniversary celebrations first started during medieval times when people celebrated 25 and 50 years of marriage with wreaths of silver and gold? The tradition of gold and silver anniversaries has stuck, and there is now a long list of other named anniversaries to accompany them.

Today marks the 40th Anniversary of the National Association for State Community Services Programs (NASCSP). Traditionally, the 40th anniversary color is ruby red. The anniversary gemstone is a ruby because rubies represent an internal, inner flame, symbolizing that things are alive, strong, and thriving, even after 40 years.

Think back to those ruby red slippers made famous by Dorothy Gale, a character portrayed by Judy Garland in the 1939 film, The Wizard of Oz. Most of you will remember the iconic scene in the movie when Dorothy clicks her heels together and chants, “There’s no place like home.” As we embark on our 40th anniversary we not only want to celebrate our journey, but also highlight NASCSP’s impact and raise the voices of our dedicated State members who run efficient and effective anti-poverty programs every single day. Over the course of the next year, we want to remind the Network that truly, there is no place like NASCSP!

Since our founding on October 31, 1978, NASCSP has played an integral role in the CSBG and WAP networks, serving as the premier national association charged with advocating and enhancing the leadership role of states in preventing and reducing poverty.

Originally founded as the National Association of State Economic Opportunity Directors, we changed our name to NASCSP in 1983 to broaden our reach and facilitate collaboration between the many programs that States administer to tackle the causes and conditions of poverty. NASCSP quickly became a robust peer-to-peer organization that brought State managers of CSBG and WAP together to overcome barriers and disseminate best practices.

“On this special anniversary, I think about how valuable NASCSP has been to me and to so many people across the nation. As a new CSBG administrator, I always looked forward to NASCSP meetings where access to federal officials, training, and information were readily available. Over the years NASCSP was vital in helping build connections with professionals from across the country who shared common responsibilities and values. We tackled problems together and created solutions that met diverse needs.” – Connie Greer, former NASCSP member and Board President

NASCSP continues to facilitate peer exchange at our conferences, orientations, and state monitors training. We also provide hands-on training and technical assistance onsite at state offices and at state training conferences. In 2017, NASCSP conducted trainings in 36 states across the country. In 2018, we are on track to surpass this number. Additionally, NASCSP continues to evolve and innovate new resources to assist States. This summer NASCSP rolled out its new website and member portal which contains resources to facilitate peer-to-peer exchange and dissemination of best practices such as sample state plans, RFPs, and other tools.

“Having a national voice and coordinating association for states is critical! It ensures that all states are informed in best practices, aware of what is being developed and delivered in other areas of the country, as well as serving as a channel for communication between states and regions. Throughout my career working for a local CAA, our State WAP Office, and for NASCSP, I have seen over and over again how networking is a powerful key for advancement of best practices and cost-effective program delivery.”- Lisa Kesecker, former NASCSP Member and former NASCSP staffer.

Over the years, NASCSP has also been called to raise our voice on Capitol Hill. NASCSP regularly submits testimony in support of both WAP and CSBG appropriations and works each year to circulate support letters in Congress for WAP and CSBG funding. Under the current administration, we have also played an instrumental role in educating members of Congress, congressional staff, and new OCS and DOE personnel about the impact that CSBG and WAP have in our communities. The robust FY 2019 funding numbers for CSBG and WAP, in the wake of a zero out in the president’s budget, are a testament to the impactful work NASCSP members do across the country.

“Whether it’s working with Congressional staffers to secure additional funding, or working with partners at federal agencies to inform policy initiatives, NASCSP is a constant voice for the state perspective in Washington D.C. NASCSP is an important conduit that helps facilitate Federal, State, and local partnership.”- Bill Brand, current NASCSP member and former NASCSP board president.

NASCSP’s mission is “Building capacity in States to respond to poverty issues,” and we remain as committed to this mission today as we were 40 years ago. We see from census data that our country has made recent gains in the fight against poverty – but there is still a lot of work to do. As we head into our 40th year, NASCSP stands ready to assist CSBG and WAP State managers overcome new challenges, seize new opportunities, and continuously improve our vital programs. From collective impact, to two-generation approaches, to healthy homes, to renewables – the CSBG and WAP networks are at the forefront of innovation.

I am truly excited by all of the possibilities that lie ahead. Please join me and be on the lookout for more exciting ways we plan to celebrate the 40th anniversary of NASCSP over the coming year!