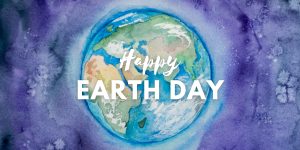 Today is Earth Day, the 52nd one. The first Earth Day was celebrated in 1970, 8 years after Rachel Carson’s transformative book Silent Spring was published and less than a year after a massive oil spill covered Californian beaches and the Cuyahoga River caught fire in Ohio. The importance of the environment, of earth and its finite resources, was making its way into people’s consciousness and Senator Gaylord Nelson of Wisconsin was not immune to this. He became a staunch environmentalist and ultimately the founder of the very first Earth Day. The first Earth Day is still the largest single-day protest in human history[1] with 20 million people in the streets.

Earth Day comes every year with varying degrees of fanfare and attention. As the member organization for State Offices that work on CSBG and WAP we know that Earth Day for our members is not limited to one day of the year. Whether through creating more energy efficient homes in WAP or diving into renewables by installing windmills as a Community Action Agency in Washington State did, our members are working every day to make the earth a healthier, safer, and more livable place.  With the continuing efforts of our members, we look forward to having more to celebrate over the next 52 years.