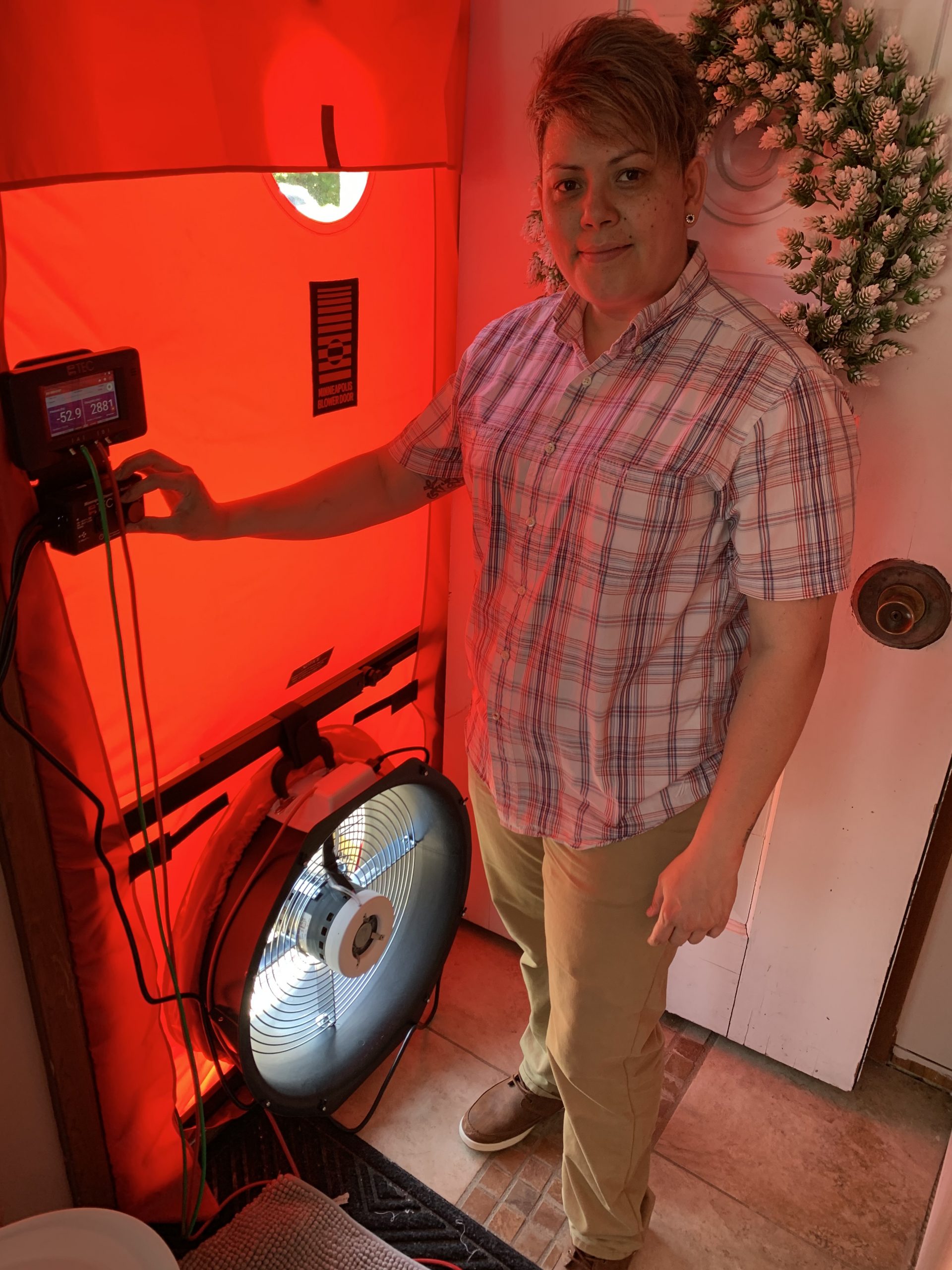 “I was surrounded by numbers and buildings throughout my childhood,” Kelia said, describing her upbringing as a Nicaraguan immigrant raised by an architect mother. Kelia often accompanied her father, who did plastering for a construction crew, to side jobs remodeling houses. “Afterwards I would return home covered in dust and cement,” she said. “That gave me another push towards working with buildings.”

After separating from Kelia’s father, her mother raised three children alone and unaware of social programs available to assist struggling parents. “One morning a mobile unit came through our neighborhood doing free teeth cleanings,” Kelia remembered. “That was the first time I saw programs giving back to the community.” Engaging and connecting with local residents would become a key tenet of Kelia’s future work with Community Action Agencies (CAAs).

At the age of 19 and influenced by experiences from both her mother and father, Kelia moved to Rhode Island alone to study architecture. She balanced as many as three jobs at once while trying to attend classes part-time, a precarious position that made a future degree uncertain. One of these positions was as a housing counselor to help low-income people buy homes. “Then the 2008 mortgage crisis hit so my job focused on stopping foreclosures” Kelia said. “Rhode Island was really affected by foreclosures and predatory lending.” After an injury led to unemployment, Kelia recovered and found a new position, taking a first step into the Community Action network.

Later working at a Community Action Agency in Providence, Rhode Island processing LIHEAP applications, Kelia found she had a keen ability to connect with people. “When I went to a house I would meet every member of the family,” Kelia remembered. “I would explain which programs were available and why certain documents were needed.” It was at that agency that she took another step towards a position in weatherization, first working as an Appliance Management Program energy auditor.

After nearby agencies heard about her success, Kelia transferred to Cranston, Rhode Island to help with AMP audits and soon becoming an WAP energy auditor. With more experience and additional training provided by The Building Performance Institute, she was able to excel as an auditor. “I was able to advocate strongly for a lot of my clients,” she said. “We were always striving to do the most.” Kelia got her Quality Control Inspector certification on the first try, a rare achievement. She stressed the importance of supportive leadership in having access to trainings and certifications like these.

Kelia’s interest in buildings drew her to work as an auditor, where she was able to connect her technical knowledge with her skills for community engagement. “I was able to target more of the community because I was bilingual,” she said. “I focused on connecting programs together and maximizing client opportunities.” Beyond just improving energy efficiency, effective auditor work can drastically improve health and safety. Kelia remembers auditing the home of a pregnant woman who mentioned suffering from frequent headaches. “I went into the home and immediately my carbon monoxide (CO) monitor went off,” she recalled. “We evacuated the family, some of whom tested positive for CO poisoning, and the issue was later fixed.”

Five years into working at Cranston’s CAA and ten years after first attending university, Kelia graduated with a BA in Community Development and certificates in Municipal Management, Homeland Security, and Emergency & Disaster Management. Excited to use her new degree, Kelia began work for the Providence Emergency Management Agency and Homeland Security, focusing on disaster preparedness and eventually the state’s COVID-19 response. As a Preparedness Coordinator, she organized massive volunteer COVID-19 response operations supporting food distribution to children, elderly, and high demand in food pantries. In December 2019, all efforts shifted to operating vaccination clinics for the City of Providence. Despite her exciting work in emergency management, Kelia missed weatherization.

In January of 2021, Kelia returned to auditing weatherization services. She started her own business, named Bravo Industries LLC, to provide services directly to CAAs. “I knew agencies in Rhode Island needed auditors and training providers, so I offered my services,” Kelia said. Her first auditing projects after becoming a certified contractor were with Cranston’s CAA. “It takes a lot of effort, working full time in emergency management and developing my own business on top of that,” she said. “I bought all the lower cost equipment I could and was able to borrow bigger items like blower door and infrared camera.” These upfront costs can be a large barrier but women or minority business enterprise (MBE) loans and grants increase access to weatherization contracting.

Rhode Island weatherization auditors usually leave the state to get training, according to Kelia. She wants to offer those services locally. “I see three tracks for my work,” she said. “An auditing side, a weatherization crew, and a training academy for Rhode Island.” Kelia sees providing training or crews specifically for women in weatherization as a way to improve access to the industry, which has historically been male dominated. “You’re in a field where you have to prove yourself,” she said. “Sometimes I’ll go into homes and clients, both men and women, are surprised and question my knowledge.

Kelia is excited for what this new chapter in her weatherization career might hold. From working at a Community Action Agency, to organizing Providence’s emergency response, to running a small minority-owned business offering audit and QCI services, Kelia remains committed to connecting with and empowering all her clients. “When I walk through these neighborhoods, the people might not know who I am, but I know I have had an impact on their lives,” she said. “I am a lifelong advocate.”