The Fuel of the Future

The Weatherization Assistance Program (WAP) is the fuel of the future. You know that. We know it. But not everyone in Congress has seen the light yet. Last Thursday, NASCSP staff once again headed up Capitol Hill to tell House of Representatives staffers about the benefits of weatherization technology and how WAP can turn things around for struggling households and businesses alike at a bipartisan briefing sponsored by Representatives Paul Tonko (D-NY) and David McKinley (R-WV).

“Energy efficiency should be our fuel of choice,” Representative Tonko told the gathering. He wants his fellow legislators to understand how important programs like WAP are to our national security by reducing dependence on fossil fuels.

We also want Representatives and Staffers to see that WAP brings real bottom-line benefits to their districts. So, we brought along a panel of experts from all over the country with powerful stories to tell of the immediate impact WAP has on families, companies, communities, and local economies:

A big thank you to these industry leaders for taking the time to help us tell Congress what really works. For more details on their presentations, check out their slides here. For that extra dash of “you are there” realism, look at the event photos on our Facebook page. 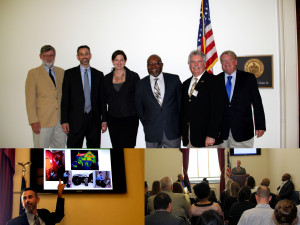