This morning the U.S. Census Bureau released its latest data on poverty, income, and health insurance coverage. The results showed that incomes increased and poverty declined for a third consecutive year.

Highlights of the Census Report 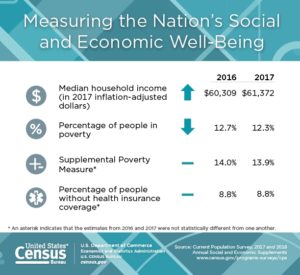 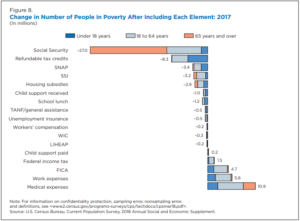 Impact of the CSBG Network on Poverty 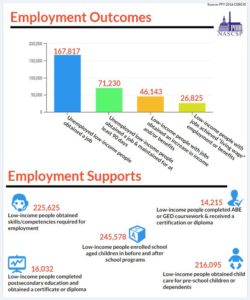 The CSBG network tackles the complex issues of poverty by addressing the needs of individuals, families and communities within domains such as employment, education, health, housing, and more. Using programs and services tailored to local needs, Community Action Agencies (CAAs) develop human capacity and decrease dependency. The CSBG Network is working daily to help families to become stable and achieve economic security. A few outcomes from Federal Fiscal year (FFY) 2016 include:

CSBG On the Ground

CSBG moves the needle on our nation’s poverty rate through a network of over 1,000 CAAs serving 99% of U.S. counties. Below are a few case studies from across the country demonstrating how CSBG works to help people with low incomes create change for themselves and create communities that are healthy and offer economic opportunity: 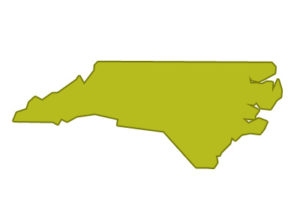 Economic Mobility in Texas: The Texas Department of Housing and Community Affairs (TDHCA) administers CSBG for the State and oversees a network of 41 CAAs. Each year, TDHCA collects indicators reporting movement out of poverty. In FY 2017, Texas CAAs reported: 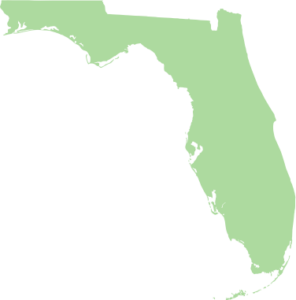 Community Level Initiative in Florida: Pinellas Opportunity Council, Inc. is the Community Action Agency serving St. Petersburg, Florida. Pinellas is a founding member of the 2020 Plan Task Force, a Collective Impact group started in 2015 whose goal is to reduce poverty in South St. Petersburg by 30% by the year 2020. The 2020 Plan formula for accelerating poverty reduction is threefold:

The 2020 Plan recently underwent an impact study to assess its progress towards completing its goals.

The new Census report shows that significant gains in the fight against poverty have been made, and that antipoverty programs are indeed decreasing poverty rates. However, the most effective anti-poverty programs face threats of funding cuts and full-scale elimination. In FY16 alone, the CSBG network served 15.8 million people, of the 4.5 million people reporting their income levels, 70% were at or below 100% of the federal poverty level. This demonstrates that significant need still exists.

The CSBG network continues to work with the poorest in our communities to be a support as they work to move beyond poverty towards economic security. The Census report shines a light on the potential gains to be made from an even stronger federal investment in the poverty solutions of CSBG. From bundled services, to two-generation approaches, to collective impact – the CSBG network is at the forefront of innovation in the fight against poverty. Community Action Agencies stand ready to implement new pilot programs, test promising practices, and further reduce poverty in America.

For more resources and analysis of the new poverty data, check out the following sources:
– U.S. Census Bureau
– Center on Budget and Policy Priorities
– Spotlight on Poverty and Opportunity